Over the last few months I’ve been wrestling with the decision whether to change Cop A Squat to another name. After a surge of recent  readers on the page “Cop-A-Squat – What Does it Mean?”, I’ve decided to address it.  Today, some kids have turned a cool, welcoming phrase into something dumb and disgusting. Unfortunately, many think the term now means urinating in public. I can assure you its original meaning never conveyed that kind of silliness. So what does Cop A Squat really mean?

In the 1970′s, when friends came over, you would say, “Come on in, cop-a-squat.” Even the Online Slang Dictionary defines cop-a-squat as inviting someone to take a seat, sit down, relax.

In some circles its still used today as its true meaning. That’s why the term Cop A Squat made its way into the movie Pretty Woman, where Julia Roberts’ character invites Richard Gere’s character to “cop-a-squat” and relax.

Even TripAdvisor used the phrase in one of their recent ads. From the picture you can see people enjoying each other’s company.

We at Cop A Squat want our guest to feel at home when they visit. So come on in, take a seat, and let’s talk.

Soon we will return, bolder than ever before. Are you ready for the ride? We’ll see. 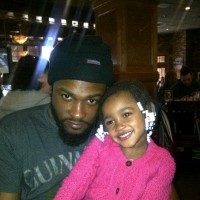 Big Boi Fitness
The Next Step

KEY TO MY HEART

Fine Line Between Insanity And Brilliance